Public policy debate is a chorus that never ends 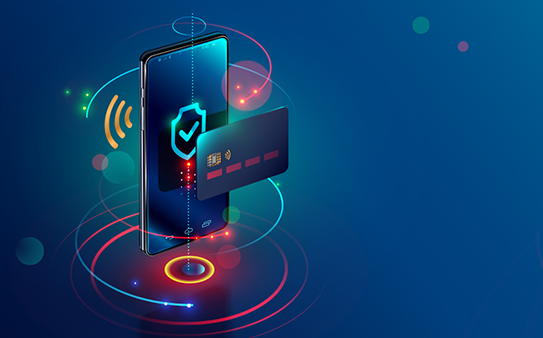 If you sat and listened to a public policy debate, but looked past the richness and nuance, focusing instead on the fundamentals, it would grate on your ears like a skipping record. It would even sound a little silly.

The late Christopher Booker wrote The Seven Basic Plots, where he argued that there are really only seven different types of story, each reducible to a single word or phrase. One could write a similar book about public policy debate. Reasonable people can disagree over how many public policy stories there are, and what exactly they entail, but it’s not a stretch of the imagination to conclude that they can be distilled into a handful of simple ideas.

Access to payment systems is a good example. In 2006, three amigos co-authored and published a paper about access to one of Canada’s most important retail payment systems, the Automated Clearing Settlement System, or ACSS for short. These three amigos were staff from the Department of Finance, the Bank of Canada, and Payments Canada (then called the Canadian Payments Association).

The three amigos concluded that this access restriction was ineffective. As a risk-management tool, they said it was a hammer doing a scalpel’s job. They also worried it made the payments market less competitive. So they recommended replacing the blunt access restriction with something better.

Though the paper by the three amigos was published in 2006, conversations about access and competition and innovation had begun years prior. In the 1990s, the government was working to modernize its regulation of the financial sector. After all, the world was changing, and so Canada needed to keep up or fall behind.

“A significant catalyst of change in financial services has been the development of new technologies, particularly new information technologies,” reads a pre-2000s consultation document from the federal government, which sounds as if it could have been written today. “Therefore, it is incumbent upon the government to provide a policy framework that allows this evolution to proceed to the benefit of all Canadians, while preserving the health and strength of the sector.”

But change comes with unintended consequences, and so we did more research to make sure the government didn’t inadvertently break something. Naturally, it took two decades after the three amigos began flirting with their recommendation for that recommendation to be fully acted upon. Last year, the government finally struck the access restriction from the by-law under the Canadian Payments Act, opening the ACSS to federally regulated financial institutions of all sizes.

In 2021, the same public policy exchange is raging on. Today, the federal government is working on a number of initiatives: new retail payments oversight legislation, open banking, and more changes to the Canadian Payments Act to open access beyond federally regulated financial institutions.

The public policy stories are the same. On retail payments oversight, the government says “innovation is transforming all segments of the financial sector, including areas such as payments, banking, insurance, lending and wealth management.” On open banking, the government says “economic activity is increasingly moving online, with consumers and businesses generating exponential amounts of data.” On proposed amendments to the Canadian Payments Act, the government says consumer “expectations for payments experiences are changing — they anticipate the ability to use their mobile and other devices with speed and convenience, without having to compromise on privacy or security.”

Perhaps the world is changing, and so we need to keep up or else we’ll fall behind. Yet perhaps change comes with unintended consequences, and so we ought to think before we act, making sure we don’t inadvertently break something.

The status quo is sticky, and public policy change is difficult.

But public policy change does happen. Sometimes the world’s change is so salient, and the law’s grip — or lack thereof — so harmful, that people put aside their differences and band together to bring about meaningful change. Other times public policy entrepreneurs tell new stories and reframe debates, resonating with an ever-growing coalition to tip the scale toward the promise of a better future.

When I look around, I wonder where the public policy entrepreneurs reframing debates and telling new stories are.

I also notice the world continues to change. While people exchange the same, old stories about how to build back a better Canada, Canada is already working to build itself back better. Progress is more like a ride we’re all on, rather than something any one of us can independently bring about.

Innovative firms are finding new ways to serve Canadians and businesses, giving them better ways to participate in the digital economy, but also exposing the cracks in the laws of the land. Absent their own evolution, it’s only a matter of time before the laws of the land — or the lack thereof — do real damage to Canadians and businesses. When the collateral damage is noticeable enough, public policy change will come.

Then stasis will take hold again, until the next time someone notices the world is changing. I can already hear the response: public policy change comes with unintended consequences. In come the others: but so does the lack thereof.