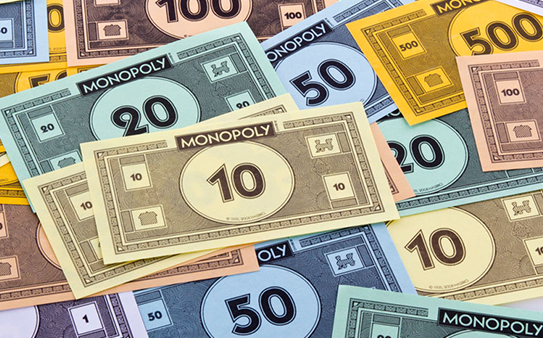 Across Canada and globally, there are many public utilities servicing a broad range of industries, including electrical generation/distribution, oil and gas pipelines, telecommunications networks, broadcasting networks and transportation infrastructure.  What each has in common is that they all exhibit traits of a natural monopoly, requiring significant levels of investment, impacted by a scarcity of resources and each operates in the public good.  Most firms exhibiting these attributes are designated as a public utility almost at inception and their market conduct subject to active government oversight/regulation.

Canada’s payments system can be viewed as a possible case for study.  Although its underlying legislation validates that it is a public-purpose organization and maintains a public interest mandate, its conduct and evolution might suggest something to the contrary.

Over the past twenty years, technology has impacted virtually every aspect of business and the operations of the marketplace, but none more obvious that in the payments sector.  While technology has supported the introduction of new payments services, despite the associated benefits for users, adverse and possibly unintended, implications have arisen.  Canada clearly has not kept pace with the world in terms of aggressive price competition or been witness to the sheer number and pace of payments innovations; despite the accolades over its safety and resiliency.

For industries that exhibit characteristics of a natural monopoly, government is generally active in protecting and aggressively promoting the public interest, as was the case in the UK, the European Union and Australia. Is the Canadian financial sector so uniquely different that it should repeatedly permit strategic decisions of the national system to closely align with the proprietary interests of the large incumbent financial institutions? According to FIS Global, there will be 56 real time payments systems operational around the world by the end of 2020, bringing about significant benefits to consumers and business.  Canada has unfortunately been slower to launch a real time payment service or establish the underlying infrastructure to support the offering. Even when this service becomes available in 2022/23, the ability to transact with every Canadian remains beyond its abilities–leaving gaps in both security and reachability. Public interest demands more.

A view from the outside might suggest that the operations of the national payments system are more akin to a commercial service offering, and not a public utility. The current payments system in Canada is established under federal legislation and operates with a public interest mandate, overseen by both the Minister of Finance and Governor of the Bank of Canada. However, despite its structure, it tends not to embrace and implement the important advances seen world-wide. As a result, increasingly, tensions between the interests of system users and those of the incumbent financial institutions mount.  Unfortunately, these tensions are indicative of a market failure and costing Canadians dearly in the process.

The opportunities that arise from the roll out of a new real-time payments rail are many, but these may never be fully realized unless broadened system participation and a greater openness to innovation are enshrined as key public policy objectives for the payments system. Doing what is right for the national payments system should not be measured by the success or profitability of incumbents, but the overall benefits that are realized by Canada’s economy.

The oversight of the national payments system must therefore be ongoing, active and attentive to ensure that the public interest is being appropriately served.  This raises two important points: i) like our counterparts in the UK and Australia, among others, the government must seek to champion enhancements and innovations to the payments system by supporting an enabling a legislative framework; and ii)  require that, at a minimum, the Board of Directors for Payments Canada “a public purpose corporation” be completely independent from its membership.  Fostering a more open and competitive financial services industry and providing an environment where decisions are consistently being made in the broad public interest will bring about positive and sustainable change for the payments system.  The system participants and the millions of daily users of this system are deserving of a safe, responsive and competitive payments system.